As we begin 2022, the U.S. truckload market continues at record levels of tension heading into the first weeks of January. The market will most likely follow seasonal patterns we see every year. Historically the last two weeks of December and the first two weeks of January experience higher than normal tension. The difference this year is that tension will be felt at an elevated level. The return of drivers to the road following the holiday has been slower than in previous years, likely due to drivers being able to take extended holidays after earning record revenue in 2021.

All three primary truckload segments continue to display unprecedented load to truck ratio (LTR) tension. Throughout 2021 spot markets have remained at historical highs. As more trucks continue to enter the market, we could see a decrease in tension. Currently, we expect the first half of 2022 to continue with some higher levels of tension, but it is still too early to predict what will happen in the second half.

The chart below shows the load-to-truck ratio (LTR) is past 5 years and 2021 YTD:

The U.S. freight economy shows no signs of slowing down, which is likely to continue into 2022. We expect record-high spot rates and volumes to continue well into the new year because of the combined effect of:

Driver and equipment shortages take top ranks for transportation concerns going into 2022. The current driver shortage is a result of an aging trucker workforce and exodus of experienced drivers, which accelerated during the pandemic. The driver shortage used to be mostly a long-haul truckload carrier problem, but now, every sector of the trucking industry struggles to find willing applicants to meet ever-increasing demand.

For many years, there wasn’t a need to focus on keeping drivers since there was a constant supply of new drivers entering the industry. But now that drivers are harder to find, the focus shifted to retaining existing drivers and finding creative ways to keep them engaged.

Baby boomers make about 40% of the available driver workforce in the U.S. This generation began retiring in 2018 and the trend will continue until 2025.  We do not expect any expansion until 2030.

The demand going north of the US-Mexico border continues to be historically high. Both cross-dock and direct trailers services exceed southbound by ratio of 3:1. Due to this imbalance, higher costs are associated with depositing equipment inside Mexico.

According to DAT, spot market for northbound shipments exiting Laredo increases the LTR to 15:1. This level was mainly due to the Holidays, but we can expect tension levels to remain high.

These levels of tension require shippers to work on having flexibility on pick up dates and pricing as well as lead-time.

This imbalance is a result of the levels of investments made by foreign companies in Mexico. There has been a focus to increase Mexico’s levels of production for exports by many companies overseas. According to FreightWaves, South Korea-based Posco International will build a $43.6 million plant in Mexico to produce EV motor cores.

The Posco facility will be located in Ramos Arizpe, Mexico, one of the country’s largest automotive clusters, with plants from General Motors, Fiat Group, Chrysler, Daimler and Freightliner in the area.

“We decided to make this investment to target North America, the largest market for electric vehicles, and strategically prepare for the U.S. government’s green mobility policy,” Posco International officials said in a statement.

The Biden administration recently released a federal strategy to build 500,000 charging stations for electric vehicles across the U.S., while bringing down the cost of electric vehicles, with the goal of transforming the U.S. auto industry.

Carriers are asking shippers to have all proper clearance documentation ready in advance to streamline the cross-border process. This will allow carriers to return equipment to Mexico faster.

Cross-border shipping also involves numerous — and often hidden — risks. For instance, many U.S. shippers are surprised to learn that they’re on the hook for cargo losses that occur all too frequently south of the border. Carrier liability in Mexico is nearly nonexistent, as carriers aren’t required to provide coverage for shipments, leaving shippers on the hook for damages.

Managing Director at Sunset, Jose Minarro, recently spoke to FreightWaves about the risk associated with moving freight inside Mexico. He finds many shippers are simply not entirely aware of the gravity of the situation and proceed south of the border unaware of the risks.

Minarro knows just how valuable visibility can be when operating in Mexico, which is why Sunset utilizes tracking technology through the entire shipment process from point of origin to final destination. He credits Sunset’s well-established tracking team for monitoring fleet movements on its TMS platform, including expected transit and dwell times.

If, for whatever reason, a truck veers off the suggested route or makes an unannounced detour, Minarro said that driver will be contacted immediately. “We take action to provide [customers] with visibility, but beyond that, it’s a lot more important to show the customers how you’re going to act if something goes wrong.”

Sunset Transportation makes sure their shipper clients are fully aware of the risks associated with cross-border freight and ensure they’re properly protected from its liabilities before a single load goes across the border.

“The Sunset approach is to be totally thorough with them upfront; nobody likes to give them bad news, but somebody has to,” Minarro said.

The 2022 market will most likely follow the historical seasonal patterns of past years, but at an elevated level of tension. With an economic forecast in the United States of 4% increase in gross domestic product (GDP) and consumer spend at an all-time high we expect a continued freight volume increase.

While there are many things that are out of anyone’s control (supply/ demand, economic factors, weather, etc.) there are things we do control. Planning with sufficient lead time and flexibility are crucial to be successful in today’s marketplace. Work with your Sunset experts to determine the best services and solutions suited for your needs.

Mexico requested the establishment of a dispute settlement panel to resolve differences with the U.S. over automotive sector rules-of-origin requirements established by the United States-Mexico-Canada Agreement (USMCA) trade pact.

The dispute centers on how parts and components not originating in North America are treated under the rules.

Horacio Duarte Olivares, General Administrator of Customs, announced through his official social media accounts that “as of December 31, the total amount collected was $1,003,951,460,000 pesos,” he assured, of this amount, Nuevo Laredo holds the customs with the highest economic collection from all the borders of Mexico, representing 15% of total income, surpassing the rest of the ports such as Manzanillo, Tijuana, Ciudad Juárez, among others. 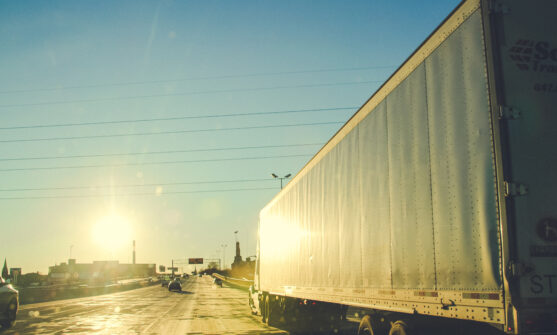