*The following report is authored by Sunset Transportation’s Cross-border team, stationed at the World Trade border in Laredo/Nuevo Laredo and Queretaro, MX.  Insights are taken from multiple sources, including our internal freight experts and industry data.

As we move into the Holiday season, all three truckload segments continue to face unprecedented tension in the marketplace. This tension may continue well into 2022 if the carrier community continues to struggle with the hiring of qualified drivers and the projections of a 5% increase in volume are accurate. If the projections are lower than expected or if carriers can recruit more drivers outside of the traditional pools, then this might ease the tension.

The chart below shows the load-to-truck ratio (LTR) in the past 5 years and 2021 YTD:

There has been much talk about the lack of semiconductors and how it continues to be a challenge to meeting new tractor orders. Today, these new tractor orders historically take anywhere from 7 to 10 months to deliver. While this is one challenge that carriers are facing, hiring drivers takes the spotlight in 2021. Many carriers still have unseated trucks on their yards.

There has been focus on the possibility of reducing the time it takes for approval of commercial driver’s licenses (CDL). There are also two important policy provisions in the IIJA. The Drive Safe Act will establish a 3-year pilot program for 18–21-year-old truck drivers to earn interstate authority. This might be helpful as much of the labor force look at trucking as a second job option and rarely the first one. If the industry can attract workforce at a younger age, then this might help carriers recruit and retain more drivers.  These changes will most likely not make an impact until well into 2022.

COVID requirements on companies with over 100 employees effective 1/4/2022 is putting a spotlight on concerns with exception testing and tracking, along with financial responsibilities. New vaccine policies under federal mandates are creating a projection of 1/3 of the drivers in the industry to quit or shut down until the policy is changed. Most US-based trucking companies have fewer than 100 employees and don’t have government contracts, so these mandates will have little impact on trucking. The one sector to monitor is the LTL market since most LTL carriers are over 100 employees and many have government contracts.

Legislation with Build Back Better and the Transportation Infrastructure Bill are creating concern and hesitation on carrier growth forecasting. The content of the documents could steer the industry away from traditional approaches and equipment, so carriers are holding to await more information. A drop in tractor orders is being realized due to the industries hesitation.

The demand going north of the US-Mexico border continues to be historically high. Both crossdock and direct trailers services exceed southbound by ratio of 3:1. Due to this imbalance, higher costs are associated with repositing equipment inside Mexico.

According to DAT, spot market for northbound shipments exiting Laredo increases the LTR to 13:1 from the 10:1 experienced in Q3:

According the FreightWaves, Mexico’s monthly auto production and exports for passenger and commercial vehicles continue to be pummeled by the effects of both the COVID-19 pandemic and semiconductor chip shortages.

The country’s passenger vehicle manufacturing sector produced 257,813 cars and light trucks in October, a 25.9% decline from the same period a year earlier, according to Mexico’s National Institute of Statistics and Geography. It was the lowest level for October since 2012. Exports of passenger vehicles dropped 19.9% to 224,535 units during the same period. Manufacturing of commercial vehicles declined 4.5% to 13,660 vehicles, while exports declined 40.3% to 5,571 units.

Mexico’s automotive production industry, which includes vehicle assembly and parts manufacturing — is the No. 1 foreign investment attractor to Mexico. More than 80% of Mexico’s auto production is for export. The United States continues to be the main destination country for exports of passenger vehicles and tractor trucks at 94% of total sales in October, followed by Canada at 2.4% and Colombia with 1.7%.

The passenger vehicle automakers in Mexico with the biggest year-over-year decreases in production during October were:

During October, GM, Ford Motor Co. and Nissan halted plant operations in Mexico due to a shortage of semiconductor chips.

Carriers are asking shippers to have all proper clearance documentation ready in advance to streamline the cross-border process. This will allow carriers to return equipment to Mexico faster.

There is massive surge of demand that far outweighs the market’s capacity. The global supply chain infrastructure that exists simply can’t handle the volume of products flowing through the economy.

As we move into the Holiday season demand continues to remain high as retailers struggle to replenish inventory levels. Shortages in the industry are starting to be seen in heightened proportion to end consumers. Empty shelves, reduced selections, and local sourcing are getting a heavier push. Current forecasting on turkey’s, Christmas trees, and children’s toys all suggesting a hardship and lack of availability. With Thanksgiving quickly approaching for the United States, it is important to remember the impact of the national holiday on shipping. Both shippers and carriers tend to take the Holiday off.

While there are many things that are out of anyone’s control (supply/ demand, economic factors, weather, etc.) there are things we do control. Planning with sufficient lead time and flexibility are crucial to be successful in today’s marketplace. Work with your Sunset experts to determine the best services and solutions suited for your needs.

Carta Porte
The SAT will delay the Complemento Carta Porte legislation until January 1 of 2022 which is when it will become mandatory for any company moving freight inside Mexico. December is the formal implementation period for companies to be prepared before it goes live in 2022.

United States-Mexico Canada Agreement
The North American Leaders Summit, which will bring together the leaders of Mexico, the United States and Canada on November 18, comes at a critical moment in the recovery of Covid-19, said businessmen from the three countries in the region, who they urged to focus the agenda on competitiveness and the implementation of the agreement.

The business representatives urged the Mexican President, Andrés Manuel López Obrador, the US President, Joe Biden, and the Canadian Prime Minister, Justin Trudeau, to focus the region’s agenda on competitiveness, to improve the response to the crises that arise, innovation and sustainability in North America and as well as committing to the full implementation of the agreement.

They considered that the agenda should take advantage of the United States-Mexico-Canada Agreement to establish diverse, flexible regional supply chains that respond better to crises.

They also called for improving energy independence and sustainability and supporting the digital economy and facilitating trade for the benefit of companies, farmers, and workers in the three countries.

Reopening of the US-Mexico Border
After 20 months of having closed the border crossing due to the Covid-19 pandemic, since Monday, November 8, the border with the North American country was opened, which consists of almost 3,200 kilometers long.

The total reopening of the crossings between Mexico and the United States generates certainty for the industrial sectors of both countries since the economic reactivation will be more accelerated.

In 2021, one of the Mexico’s priorities was the opening of the border crossing, through which more than a million people and 1,000 million goods crossed daily, as well as 452,000 vehicles and 30,000 cargo trucks, according to the Secretariat of Foreign Affairs.

It should be noted that 80% of trade between Mexico and the United States occurs through the land border, in which products worth 500,000 million dollars pass through each year.

The opening coincides with the last economic events of the year, so a high border flow is expected with Black Friday and progressively as the holidays approach. 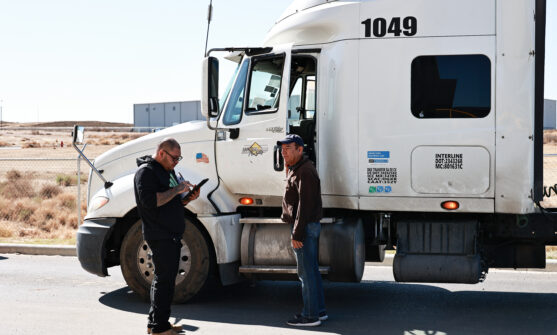