CMA CGM said Wednesday that its Amerigo service, which connects the western Mediterranean to the U.S. East Coast, will “temporarily stop calling Savannah due to severe congestion in this port — eight to 10 days — and in order to protect schedule integrity and weekly sailing frequency.”

The service instead will call South Carolina’s Port of Charleston, beginning with the scheduled arrival of the CMA CGM La Traviata on Nov. 27. The La Traviata has capacity for 8,488 twenty-foot equivalent units.

Jim Newsome, South Carolina Ports Authority president and CEO, said this week that the Port of Charleston has the bandwidth to handle more imports.

“While the global supply chain remains under tremendous pressure, SC Ports is fortunate to have invested in the right infrastructure at the right time. We have the cargo capacity, berth availability and terminal fluidity that retailers need to quickly move their cargo as we head into the peak season,” Newsome said.

The German ocean carrier did not give congestion at the Port of Savannah as the reason, only saying the move was made “to optimize our service portfolio, stabilize schedules and adapt to market needs.”

Hapag-Lloyd CEO Rolf Habben Jansen did mention Port of Savannah congestion during a call with reporters earlier this month.

“If we look at the United States, that’s probably where we still have most of the difficulties, not only in LA/Long Beach but also in other ports on the West Coast, but also increasingly at ports on the East Coast, where places like Savannah and New York are heavily congested.”

Hapag-Lloyd’s port call change will begin with the Oct. 31 sailing of the Hudson Express from Antwerp, Belgium. The vessel is scheduled to arrive at JAXPORT’s TraPac Container Terminal on Nov. 18. The port rotation will be Antwerp; Hamburg, Germany; London; Charleston; Jacksonville; and Norfolk, Virginia.

“During this time of unprecedented port disruption, Jacksonville’s efficiencies on both the landside and waterside continue to make us stand out in the industry,” Green said in a statement. “With our strategic location — and the efficiencies of our labor, terminal operators, facilities and transportation network — there’s no question Jacksonville is an extremely attractive option for ocean carriers and shippers looking to take advantage of the ease of doing business Jacksonville offers.”

Savannah’s congestion also wasn’t cited in JAXPORT’s announcement, although it did say there were no container vessels waiting at anchorage outside the Florida port.

JAXPORT is only 130 nautical miles south of the Port of Savannah, but the two operations are much farther apart in terms of size. The Georgia Ports Authority moved more than 4.6 million twenty-foot equivalent units in 2020. JAXPORT handled about 1.27 million TEUs during its 2020 fiscal year, which runs from Oct. 1 to Sept. 30.

JAXPORT is in the midst of a federal project to deepen the shipping channel to 47 feet and allow it to handle larger vessels. That work is expected to be completed next year. 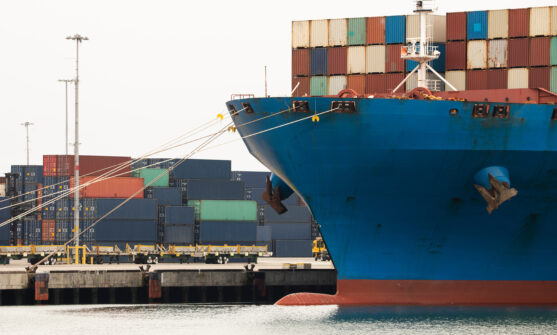